Italy is in southern Europe on the Apennine Peninsula and is known for its great culinary and wine traditions, art, antique architecture, gardens, opera, fashion, and nature. Italy is home to some of the most famous structures in the world, including the Colosseum and the Leaning Tower of Pisa and to many castles. It is also the country of numerous little towns and villages, all different and to be discovered for their art, history, traditions, and heritage.

Italy is located in southern Europe on the Apennine Peninsula. Its distinct shape, resembling a boot, makes it easy to recognize it on maps or even from space. The Adriatic Sea borders the peninsula in the east, the Sea of Sicily in the south, the Ionian Sea in the southeast, the Ligurian Sea and the Tyrrhenian Sea in the west, all those seas are parts of the Mediterranean Sea.

“Two of the largest Mediterranean islands belong to Italy, Sardinia in the west and Sicily in the south. The country covers an area of 301,318 km² (116,340 sq. mi.), compared, it is about 80% the size of Japan or slightly larger than the U.S. state of Arizona. Although highly diverse according to the region, Italy is considered to have a temperate seasonal climate. The southern half of the country generally experiences a climate one would expect from a Mediterranean country, with hot summers and mild winters. The northern areas and inland could be described as humid continental, while other inland areas at altitude experience very harsh winters.”

The capital and largest city is Rome. Other major cities are Florence, Milan, Naples, and Venice. The country is known for its great culinay and wine traditions, ice cream, art, antique architecture, gardens, opera, fast expensive cars, fashion, film, football, nature, a life of exuberant pleasure and luxury. Italy has given rise to a number of architectural styles, including classical Roman, Renaissance, Baroque and Neoclassical. Italy is home to some of the most famous structures in the world, including the Colosseum and the Leaning Tower of Pisa. The concept of a basilica — which was originally used to describe an open public court building and evolved to mean a Catholic pilgrimage site — was born in Italy. Italy also is home to many castles… Opera has its roots in Italy and many famous operas — including “Aida” and “La Traviata,” both by Giuseppe Verdi, and “Pagliacci” by Ruggero Leoncavallo — were written in Italian and are still performed in the native language. Italy is also home to a number of world-renowned fashion houses, including Armani, Gucci, Valentino, Cavalli, Versace and Prada. Italian cuisine has influenced food culture around the world and is viewed as a form of art by many. Wine, cheese and pasta are important part of Italian meals. For Italians, food isn’t just nourishment, it is life.”Family gatherings are frequent and often centred around food and the extended networks of families,” said Wagner. Last but not least, Italy is the country of the thousands little towns and villages, all different and to be discovered for their art, history, traditions and human heritage. 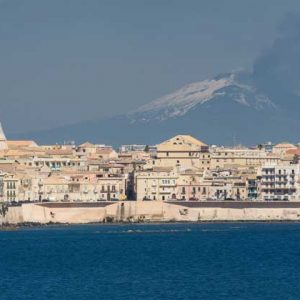 In Vino Veritas – a Premium Sicily Self Drive

Explore the beauty of Sicily from the comfort of your own car while staying in authentic boutique style hotels. Learn all about sicilan wine and get a taste of some of the finest wines the island has to offer. Follow… 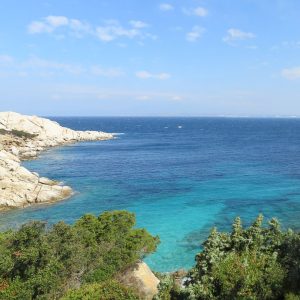 Take the opportunity to explore the second-largest island in the Mediterranean Sea. Discover Sardinia's archaeological and cultural sites and picturesque towns. Spend as much time as you like at the stops along the way and enjoy total flexibilityt. 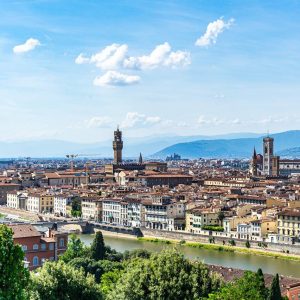 Explore the untouched country sides of Tuscany from the comfort of your own car. Discover, taste and enjoy this extraordinary region. Go back in time and visit the cradle of the Renaissance, Florence.

Rome – Italy’s capital is rich of relicts of ancient glories such as the Colosseum, the Pantheon, the Forum Romanum, as well as the riches of the Vatican. But Rome is more than history, there are many more place to see and experience in one of Europe’s most vibrant cities. The “Eternal City” is full of cultural and culinary delights, from modern art galleries to experimental cuisines.

Florence – With it’s landmark of world architecture, the Duomo, Florence is definitely a showcase of the Italian Renaissance. The city is renowned as one of the most cultural and historical cities in the world, packed full of unique architecture and art sites. Visit the world famous Campanile, a masterpiece of Gothic architecture, the Uffizi Palace and Gallery, or stroll along the old bridge Ponte Vecchio.

Milan – For those interested in design and fashion, Milan is the place to be. The city has one of the highest concentration of artistic and architectural attractions in the country. All ahead the II Duomo, Milan’s cathedral, a prime example for Flamboyant Gothic style, and the Scala, one of the most famous and important opera houses in the world.

Tuscany– This unique, undulating landscape is full of stone towns, whose foundations go back to the Etruscans and each of which sits atop a hill. Even if there are so many of them, each has its own charm, architecture, and story to tell. The roads of Tuscany offer unforgettable views of great landscapes so that even a drive through this charming area is an experience itself.

Venice – This captivating city is composed of 118 islands, connected to one another by more than 400 bridges, but separated by its world famous canals. Most of the best sights lie around the cities landmarks, Piazza San Marco and the Grand Canal. One should not miss a day trip to Murano, home of the famous fabled glass workers, and Burano, a small fishing village with brilliantly painted houses.

Naples – Mainly known for its proximity to Mt. Vesuvius, Naples is a colossal yet boisterous and interesting metropolis located on the western coast of Italy. Due to its thousands of years old history, it is full of historical buildings, squares and churches, but also modern facilities and nightlife opportunities. The nearby ruins of ancient Pompeii one of the world’s most engrossing archaeological experiences.