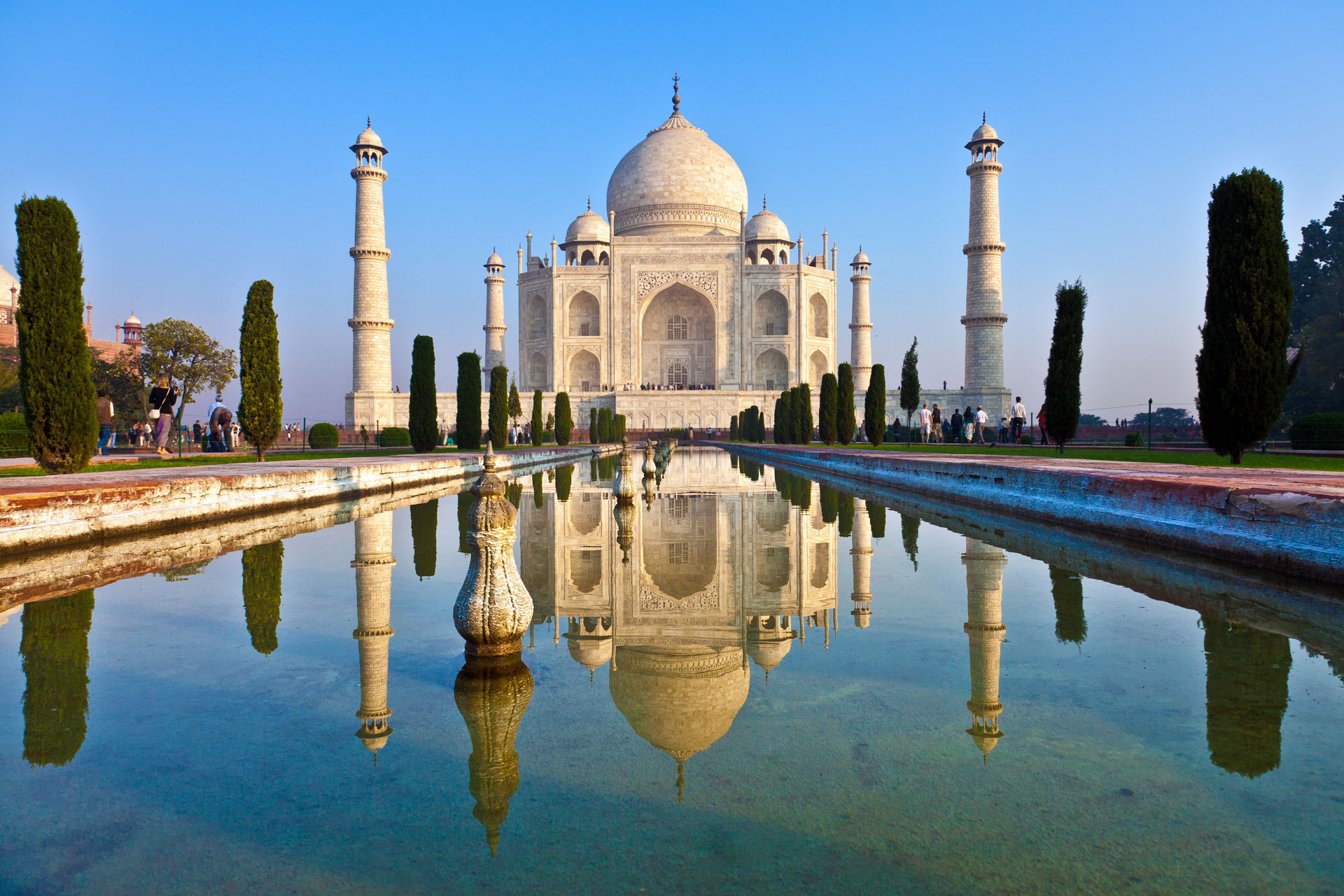 On arrival in Delhi be transferred to your hotel. Stay the next two nights at Maidens Hotel.

Discover the historic riches of this incredible city on a full day tour, starting with the elegant and spectacular Red Fort. Take a rickshaw ride through the vibrant and chaotic streets of Old Delhi before arriving at a local spice market. Later, visit Humayuns Tomb
to experience more of India’s cultural and religious diversity. (B)

Depart Delhi for an approximate 3 1⁄2 hour journey to Agra. Agra is a historic city located on the banks of the Yamuna river and known for it’s many Mughal-era buildings. Later this afternoon, venture to the monument that inspired the construction of the Taj Mahal, the extravagant Itimad-ud-Daulah, also known as Baby Taj. Stay the next two nights at Tajview Hotel. (B)

With a local guide, experience the unforgettable sight of the Taj Mahal at sunrise. Often considered the pinnacle of Mughal art in India, the Taj was built by Emperor Shah Jahan for his beloved wife Mumtaz Mahal. When declaring it a world heritage, UNESCO described it as ‘the jewel of Muslim art in India’. There are few words that can describe the magnificence of this monument. Marvel as the lights and colours transform this stunning building in the beautiful dawn glow. This is a quiet, serene time with ample opportunity to explore the ornamental gardens without crowds. Later this afternoon, visit the famous Agra Fort, with its superb Mughal architecture. Built between the 16th and 17th centuries by successive rulers of the Mughal Dynasty, the fort was built primarly as a military structure, but Shah Jahan upgraded it to a palace which later became his gilded prison for eight years after his son Aurangzeb seized power. (B)

Enjoy breakfast before being transferred to the airport for your onward journey. (B)*

Spice of the South

DELHI TO AGRA | Delhi to Agra by Gatimaan Express