Winding through the center, the bustling Chao Phraya River feeds the canals of the old city, streaming past the iconic “Temple of the Dawn,” Wat Arun, the lavish Grand Palace and its holy Wat Phra Kaew, the “Temple of the Emerald Buddha.” Close by is Wat Pho Temple with a gigantic reclining Buddha. The Jim Thompson House and M.R. Kukrit House are two of the best-preserved examples of traditional Thai teak architecture.

Bangkok is famous worldwide for its food scene. From Michelin-starred gourmet restaurants to food trucks and street food, Bangkok will serve up the sweet, sour, spicy, salty treats you crave. If it’s vibrant nightlife you’re looking for, you will find it throughout the city in chic and trendy rooftop bars and notorious nightclubs. For those more interested in shopping, you can choose from the luxury malls of the Chit Lom and Siam neighborhoods to Chatuchak Weekend Market, southeast Asia’s largest outdoor market with more than 15,000 stalls. 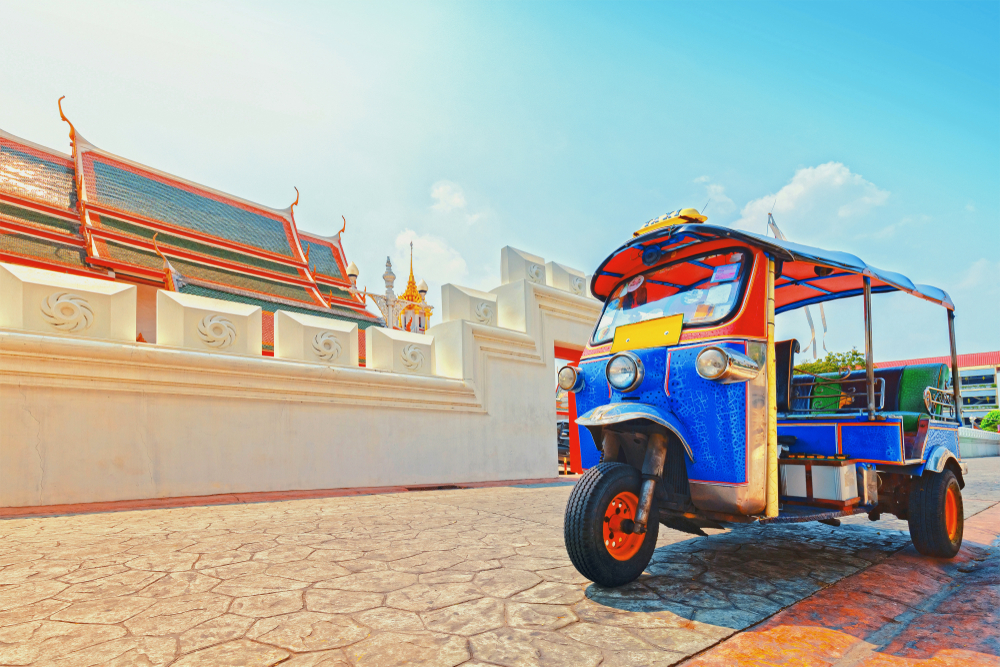 On arrival in Bangkok, transfer to your hotel for check in and enjoy an afternoon at leisure. Stay the next two nights at the Century Park Hotel (or similar). (B)

Spend the day exploring Thailand’s capital. Start your touring with a visit to the spiritual epicentre of Thailand with a stop at the Grand Palace, also known as the “Temple of the Emerald Buddha”. Admire the magnificent 22- inch tall jade stone Buddha statue which has made this the most revered and sacred temple in all of Thailand.

Continue your journey and explore one of the oldest temples in Thailand, Wat Pho Temple which dates back to the era of King Rama I, whose heirs still hold the throne today. As the tour concludes, drive back to your hotel and enjoy the rest of the day at leisure. (B)

After breakfast, enjoy a morning of free time before transferring to the airport for your onwards journey. (B)