If you’re looking for an authentic destination to visit, then experience Laos in all its majestic beauty. Natural in almost every aspect, Laos is one of Southeast Asia’s least developed nations offering the adventurous tourist a land of many surprises. Explore the World Heritage listed town of Luang Prabang with its glittering temples, night markets and spectacular mountainous scenery. Visit Wat Phou Temple, spot Irrawaddy dolphins and see stunning waterfalls in scenic Southern Laos.

As with most of Southeast Asia, Laos experiences both ‘dry’ and ‘green’ seasons. From May to October the tropical lowlands have very warm days with short, heavy showers of rain, green landscapes and fewer travellers. Pleasant temperatures are experienced throughout most of Laos from November to March, although it can become cold in the mountain regions.

From a bamboo-themed cooking class and freshly made noodles to sampling traditional Lao coffee and visiting a coffee plantation, Laos offers a diverse range of culinary experiences.

Venture to the 4,000 Islands region to go in search of the illusive Irrawaddy freshwater dolphin, cycle to quaint local villages and stay in a riverside lodge overlooking the Mekong.

Join the locals for a game of petanque, the Lao national pastime or receive a traditional Lao blessing at a ‘baci’ ceremony in a local home to gain an insight into the local way of life. 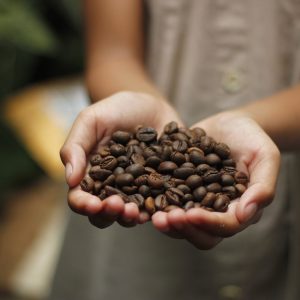 Swim in the waterfalls and visit a coffee farm in the highlands of the Bolaven Plateau. Take a jeep trip to an ethnic village with traditional bamboo houses. See the ancient temple ruins of Vat Phou. Explore the local coffee… 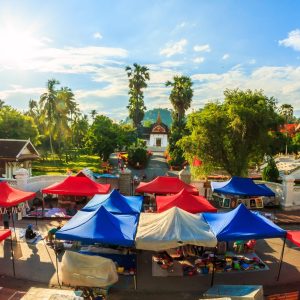 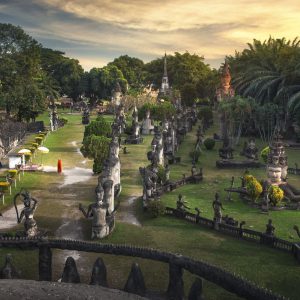 Start the day like a local as you savour a traditional Lao coffee at a local coffee stall in Vientiane. Enjoy a breathtaking Mekong cruise and take in the views of its surrounds whilst the sun sets. Visit a traditional… 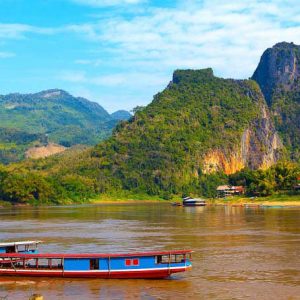 Discover the world of coffee with Mr Kamsouk around the Bolaven Plateau on an old army Jeep. Cycle around tranquil Don Daeng Island, nestled in the middle of the 4,000 Islands region. Stop at local villages along the way and… 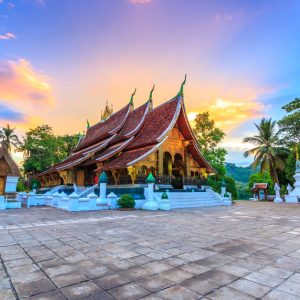 Learn more about Laos‘ contemporary art scene from young artists in Vientiane. Enjoy a private dinner in a rice paddy. Discover the hidden treasures of Luang Prabang during an exclusive tour. 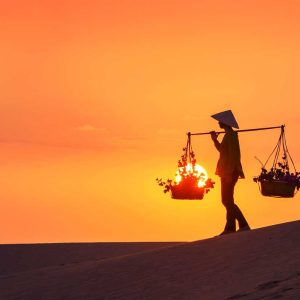 Escape the crowds and travel by tuk-tuk to Angkor Wat for sunrise over Angkor Wat‘s famous spires. Enjoy a hands-on traditional Lao-style cooking demonstration at the Bamboo Experience cooking school. Learn about the typical ingredients used in Lao cooking and… 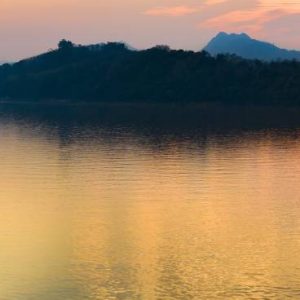 Enjoy four nights in World Heritage listed Luang Prabang, repeatedly mentioned as a highlight by our travellers. Prepare your own traditional Lao picnic of barbecue chicken and bamboo sticky rice to take to the magnificent Kuang Si Falls. Enjoy bonus…

The former capital of Laos, this UNESCO World Heritage City has to be one of the most charming places in all of Southeast Asia. A myriad of traditional Lao wooden houses and European architecture, with gold-roofed temples and ornate Buddhist decorations, set against a backdrop of verdant greenery and rugged mountains. It houses old monasteries, typically Indo-Chinese store houses and lots of artwork shops. The town is surrounded by various types of natural beauty, offering travelers a wealth of sites to visit.

The capital of the Champasak province of Southern Laos, Pakse is an ideal base with its relaxing atmosphere on the Mekong and Sedone Rivers, friendly locals, ubiquitous riverside restaurants and bars, and numerous massage clinics. Pakse is synonymous with Wat Phou like Siem Reap is to Angkor Wat. Wat Phou was built by the founder of the first Khmer empire, Jayavarman II. It is much smaller than Angkor, but still a rival to that ancient empire. It is the capital of Champasak Province and an unspoiled place for travelers. Southeast Asia’s highest waterfall, Khong Phapend, and many interesting islands on the Mekong River can be found near Pakse.

The hiking mecca in Southeast Asia lies on the borders to China and Vietnam. A magical world in the evergreen Laotian mountains in the far north of the country. No region in Southeast Asia is more sparsely populated and yet 28 different mountain tribes live here, almost cut off from any civilization. A unique boat trip from Luang Prabang is the adventurous start of an excursion to the city of Phongsali, the center of the hiking region.

Still not much more than three streets and a bus station, the main attractions are the river, laid back countryside and cave-filled rock formations. Vang Vieng is embedded in rainforests and rice fields and thanks to its fascinating backdrop with picturesque karst mountains a tourist magnet. There are also some beautiful, blue lagoons that make for stunning photos. Vang Vieng is truly an outdoor paradise with plenty of outdoor activities available in the most beautiful of surroundings, such as kayaking, caving, rock climbing, and so many more.

As a UNESCO World Heritage Site, the ruins of the Wat Phou temple complex are one of the must-sees in the south of the country. The relics of the sanctuary can be found in the ancient royal city of Champasak on the Mekong and at the beginning of the historical road to the Angkor Wat temple complex. Wat Phou is considered to be an important testimony to the Khmer Empire. Today, the huge seated Buddha in the sanctuary and the temple complex, which extends over three levels, are highly frequented by Buddhist pilgrims.

Situated along the Mekong River near the border with Thailand, Vientiane is the largest city in Laos, and the capital. This unusual city is surrounded by lush, green paddy fields and is still peaceful and quiet. It contains many temples and Buddhist monuments, including Pha That Luang, one of the most famous Buddhist stupas in Laos. Vientiane is a typically old Indo-Chinese town with a mixture of Asian and French colonial architecture destined to charm you. Not only does the style of the buildings reflect Laos’ historical ties with France, but the freshly baked baguettes are often served next to shops selling Lao noodle soup.

The Pak Ou Caves are an important Buddhist pilgrimage site and rank among the most notable highlights of northern Laos. There are hundreds of Buddha statues in the two caves on the west bank of the Mekong near the confluence of the Nam Ou River. The Pak Ou caves are particularly easy to reach with a two-hour boat trip along the Mekong from Luang Prabang. A tuk tuk ride is a little faster, but more adventurous.

When visiting the Kuang Si waterfalls, swimwear is a must, as the water in numerous natural pools invites you to refresh yourself. The natural spectacle is located about 30 km southwest of Luang Prabang in the Tat Kuang Si Park nature reserve. The main waterfall of the Kuang Si plunges 60 m into the depth, numerous pools have formed above and below the falls. In the immediate vicinity of the Kuang Si waterfall, the Bear Rescue Center, a rescue center for Laotian collar bears, is another highlight.